No matter what you were taught growing up, whether from a religious framework or from the opposite with no moral standard at all, the conversation of modesty and the companion topic of chastity is typically heated and varied — this might be a good thing, a redeeming quality for humanity. Those topics that push buttons tend to be important topics to most people – even to those fighting against it (but I wouldn’t say that to them unless I was prepared for battle).

One of the reasons for conflict in this great debate on modesty, or the idea of bodies needing to be covered, is for some, this theory implies a type of shame in bodies being bad or sinful. A body is not bad or sinful. Sin is an act which violates a law of God committed by an individual . A body is a physical covering for the soul of each human being. A body is a gift from God, with a unique design and programming for each gender. There is no shame in the body, but there is a right and wrong way to view and treat this gift from God. 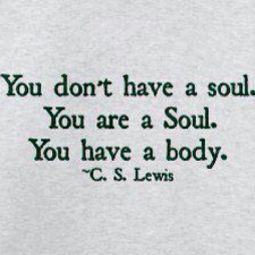 It might be easier to have this conversation in our social circles if we did not remove this one critical component from the conversation. Regardless of whether one sees a body as a gift from God, or as the result of physiological development due to fertilization of sperm and egg, the question still remains – in an intelligent society, what is appropriate thought and treatment of the body once it is born into that society?

Covering the body is a practice that begins at birth, typically involving more than just the diaper. In most cultures, the clothing of the body begins almost immediately following birth. Then for most of childhood, clothing choices and modesty discussions are discretionary to the child’s parent. Typically modesty and clothing of childhood are not a hot issue, debated by society at large – unless there is a conflict or breach of the unspoken acceptable norms of current practice.

For those beyond childhood, the debate begins…

In our current culture, where morality and standards of behavior are relative, modesty, for some, is seen as prude, old-fashioned and unnecessary. Thus, if we remove God, and the notion that bodies are a gift from God; if we also remove the need for a prescribed, social standard — we can end the discussion on modesty.

Moral relativity is preferred to the idea that we must, as a people, conform to prescribed values of thought and behavior. In a civilized society, there are acceptable and non-acceptable practices.

For example, drinking and driving. Most of us understand why this practice is wrong – regardless of how many drink and drive. Once a human being is killed due to a drunk driver – the moral belief of why this is wrong becomes a loud sound in society. As long as no one dies, we go on about our lives, pretending we do not know there are some who drink and drive.

There are some who view the blatant display of the physical body as wrong. Some suggest boys and men, who are more visually stimulated, will be tempted to look at girls or women wearing revealing clothing, thus blaming the issue on women. On the other side of the table, are those with a total apathetic view, suggesting it does not matter what one wears. The individual is not their clothing. People should be seen for what they are on the inside and not on the outside.

Herein lies the root of this debate — a place we will likely remain until one side sways the rest to their side.

Modesty is included in the battle of right and wrong fought during the great war in heaven. If you are looking for resolution to this issue – you might be waiting a while yet. If you are struggling with this debate and want to know what you can do to help support a modest generation…

Blame is the name of the game in our current culture.

If blame can be put on one school of thought, the other side feels released of responsibility and sees it as a win. The reality is, nothing is one-sided. Both sides of any issue, modesty included, have merit to one degree or another by the simple fact that we are different and unique individuals with a right to choose. This is agency and it comes at a price for both sides. When agency was granted to us in the Great Council in Heaven, prior to our birth here in mortality, we understood this meant we would find ourselves at times on opposing sides of issues – sometimes even those with whom we worship with on Sundays.

For Latter-day Saints, I think it is safe to assume some agreement that the over-sexualized world is due largely to the adversary’s mission to destroy the children of God. We live in an over-sexualized society. This isn’t new to those of us who may view our current day as “The last days” we are warned about in scripture. Sex has always been a weapon of the adversary. The abuse of pro-creative powers is one of the tools the adversary uses to destroy the children of God. To pervert the sacredness of intimacy, of chastity, of modest thought and dress, has the potential to destroy God’s people at the soul level. Satan knows this and uses it to his advantage.

The sex-obsessed culture of our day is likely not going to go away. What we need to do instead is see it for what it is, rather than blaming it on one gender or the other. In the world, at this point in God’s plan, we will not likely convince the Lady Gagas or Adam Levines to change. We do we have to adapt to their style of living, accepting their belief system as our own, or teaching it to our children by our tacit approval when we allow more and more of the worldly ideas to infiltrate our lives. We may live in this world but we do not have to be of it.

Blaming the problems of modesty on male hormones or sleazily glad women won’t help this discussion progress to a point where we can raise modest young men and women with the character traits of Daniel or Esther. Constantly pointing fingers at the other side won’t solve the issue or raise our awareness of how to help our youth through the battle.

We also cannot have a serious discussion on this issue while discounting our divine DNA or divine genetic wiring in men and in women. We have to discuss the wiring of both brains. We need to include in this discussion the purpose of attraction, and the actions and interactions each of us engage in and why.

We need to stop suggesting to our young boys “just don’t look” or to our young girls that how they dress is causing boys to have inappropriate thoughts.

**Do not misunderstand – there is much that can be added to these warnings, but stand alone warnings of this type, without proper education and training – add to the conflict we face as a people.

Suggesting young men just advert the eye is as damaging to boys as it is to girls when we teach girls what they wear releases them of responsibility for how boys think, without offering the additional support to help them understand what we really need them to do with these emotions, religious ideals or the visuals they are confronted with as they learn to understand what modesty is and why they will be happier if they choose a modest life.

As parents and church teachers and leaders, we have allowed objectifying — on both sides of the gender lines. We need to sit down and look at the issues completely and prepare ourselves to teach truth the youth of today. These are wise youth, saved for the last days battle of character and virtue. They are strong enough to wage this war.

Are we strong enough to teach them and support them through it?

The Wiring of the Brain

Hi! My name is Joi (Joy). I am a Latter-day Saint, a daughter of God, a wife, a mother and a grandmother. Of all the accomplishments in my life, being a mom is by far the greatest work I will ever do. The gospel of Jesus Christ and the teachings found within The Church of Jesus Christ of Latter-day Saints are the foundational guide for my role as wife, mom and "Nana." It is with and because of these teachings and my testimony in the Lord's Plan of Happiness that as hard as marriage and motherhood can be some days, I have no doubt that the work I do in my little corner of the kingdom is of eternal value. View all posts by Joi